Basics of building an AR scene in Pixotope

Recently we posted a little “Monday Competition” on social media, asking our followers to identify how many virtual elements were pictured in the short video below.

The guesses were pretty wide-ranging, but no one quite got to the answer we were looking for. To be fair, we were pretty sneaky in that we said virtual “element” rather than “objects”, but even so, the answers we got missed a few key elements that make the difference between something that’s obviously computer generated and something that is photo-realistic. 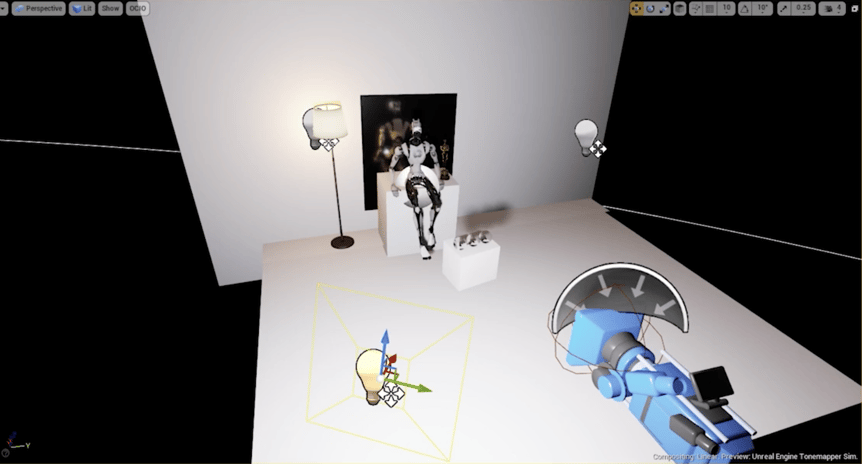 In the image above, you can see a rendering of the “virtual” version of the scene which makes it rather a lot easier to see the virtual elements.

So first off, the basics.

Of course, there’s Dot, our mascot, and sitting proudly next to him, the award he recently won (he won’t say what for!) - that’s 2. Then we have the lamp (3) and 3 glass balls (6). However, we then get into the details that make the scene a bit more realistic. 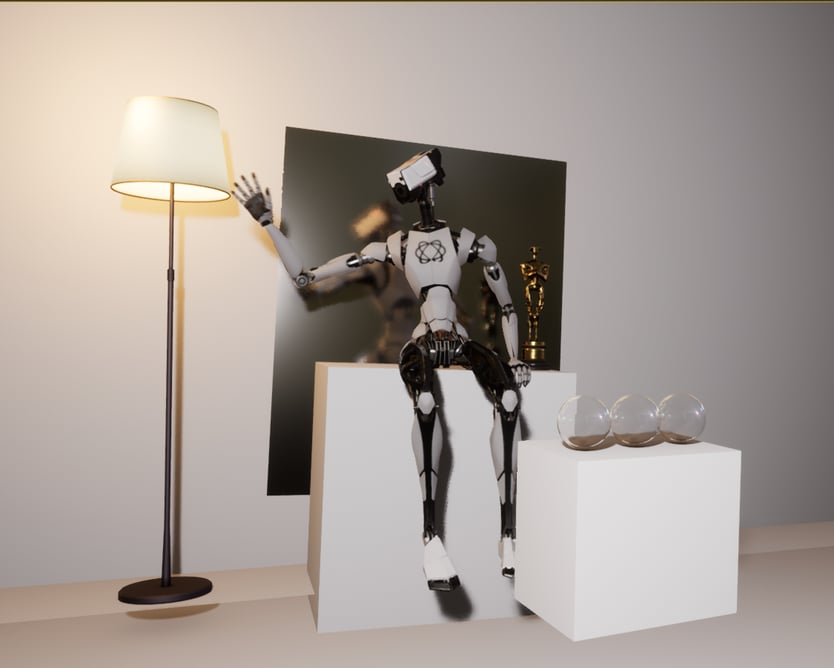 First, the lights. We have a virtual light to go with the virtual lamp (7), another light on the other side of the set to match that in the physical set (8), and then the main studio light, again mirroring the physical set, at the front (9). The positions of these lights, and the Pixotope light catcher, are then used to generate the shadows of the lampstand, Dot, the statue, and the 3 balls (15).

Finally, since the physical board behind Dot in the scene is slightly reflective, we’ve used the Pixotope reflection catcher to generate a reflection of Dot and blend that into the scene (16). 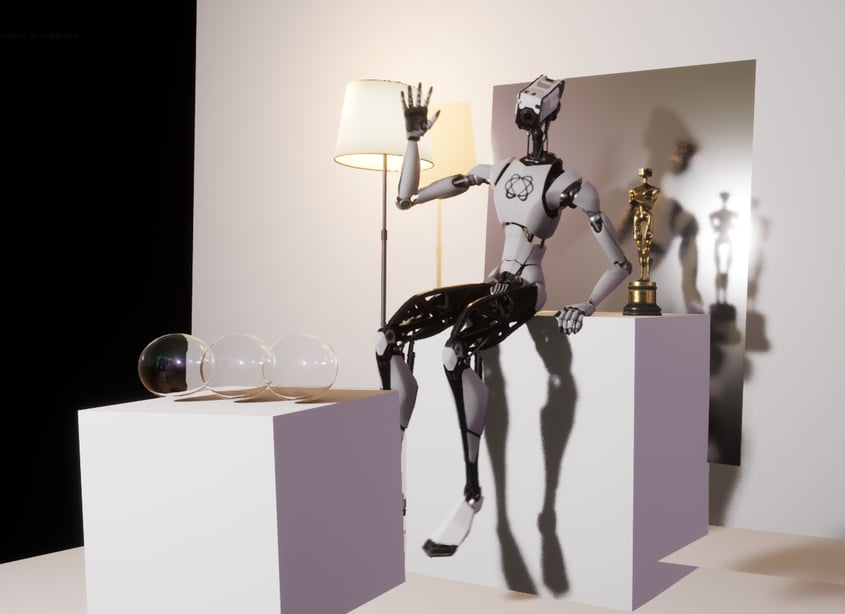 So there you go - 16 virtual elements in all.

If you’d like to see a bit more about how this scene was built and how you can build engaging AR scenes in Pixotope - check out this video on our YouTube channel and make sure you subscribe.

If you’d like to talk to our team about how you could use Pixotope to help your story-telling - click below.