Pixotope Snapshot is our new series shining a light on the many talented individuals that make the Pixotope team so great – a group of industry experts with vast experience in virtual production. In this edition, we sat down with Pixotope’s Chief Creative Officer, Øystein Larsen, a former multi-award-winning visual effects supervisor, to discuss his career and role at Pixotope. 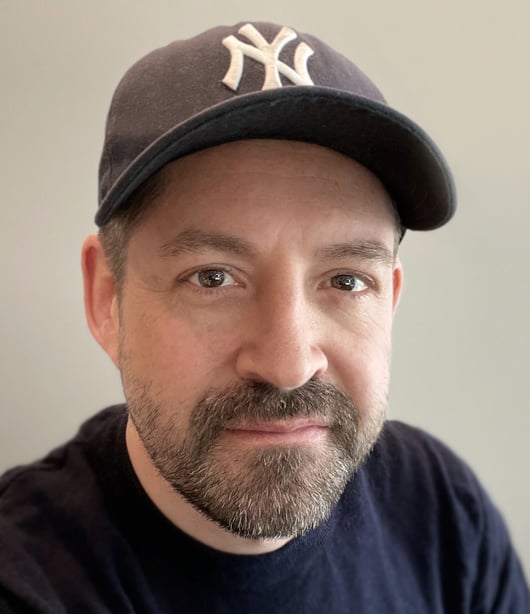 I was born and raised in Norway, and my family contains a lot of artists from previous and current generations, including painters, and architects –  my third cousin is the founder of Snøhetta Architects. I always loved drawing and being creative, and I spent my nights growing up doing something creative in my room, including creating graphics for games in the late 80s on the C64 and Amiga. Later I tinkered with ray tracing and even had to spend my savings on a math coprocessor to take my frames from 40 to 20 hours. I believe that was 1993. Over time, I became very geared toward digital art and found that I loved the technical challenges alongside the artistic. I also developed a love of photography and filmed images.

I ended up at the Academy of Art in San Francisco, and proceeded to get a degree in Computer Arts and studied C++ programming at Berkeley. Since then, I spent many years in the VFX industry working on projects such as The Matrix Trilogy. It was an incredible experience and it provided insight into the way large-scale media and entertainment productions function.

Interestingly, the times feel very similar now compared to the late 90s to early 2000s in the visual effects industry. A lot of the techniques had to be invented, custom software solutions built around particular challenges as well as finding specific workarounds (hacked solutions). There was an enormous collaborative effort and knowledge sharing involved in the projects and the industry as a whole. The current state of the Virtual Production industry feels very similar.

A lot of the same techniques and learnings can be applied today, but as a plus, you get the final output instantaneously. Companies like Epic Games have been charging ahead and have been amazing at pushing new technological advancements into their engine and sharing it with the community. My good friend and former mentor Kim Libreri, currently the Epic Games CTO, has a lot of credit for that drive.

Tell us about your role at Pixotope?

I’m the Chief Creative Officer here, providing creative and technical knowledge to Pixotope. I have played a role in a host of media and virtual production events across the world – from the US to Europe and Asia. That background has given me not just insight but hands-on experience in terms of the needs and nice-to-haves of users. Much of my day is spent with our product team, drawing on that experience to ensure that the interfaces and functions really meet the requirements of our users. Part of that task is also to keep up to date with the latest trends and technologies out there and follow the developments in the virtual production industry closely.

I also use Pixotope on a daily basis. As we are fully integrated with Unreal Engine, it makes sense to understand the product deeply and make sure we make good use of the tools and solutions available.

We creatives have our own language, so one aspect of my role is to be the connection into the creative community, whether that’s reaching out to other creatives directly or through conferences or magazine articles.

As Chief Creative Officer, I am also involved in setting the aesthetic standard for our branding and other design elements - keeping the marketing folks and demo teams in check!

What does the future hold for virtual production?

Pixotope was set up to tap into computer-generated content for live media events, which has since become commonplace. I think the amalgamation of live event production with virtual production was an inevitable development and I was naturally drawn towards this in my career. Real-time is here to stay, and it is the new space of innovation going forward.

The technology behind virtual production, such as mixed reality, real-time visual effects, and augmented reality, will become the driving force in video-based media and advertising production over the next ten years. Pixotope greatly simplifies the process of getting on-air and running even large venue multi-camera productions. It’s a considerable solution completely built on the Unreal Engine.

The onset of online media, gaming, extended reality media, and programmatic online advertising has shifted the media landscape dramatically. As a result, we’re seeing a push from content owners to be able to deliver content that matches expectations from modern audiences – ensuring its relevance, interactivity, shareability, personalization, and multi-platform presence.

The rapid growth of gaming and the expected dominance of virtual production-based media in the future are propelling companies like Unity and Epic games to the forefront of the media industry and they give us a hint about what the advertising and content business might look like some years down the line.

I believe Virtual Production is the perfect platform for a new form of next-generation video content and advertising, and we have a lot of great plans going forward here at Pixotope.